Hey there TNBBM viewers now we are going to talk about this so known words from our Girlfriend/Boyfriend if you have one thou so this phrase in Filipino is “Dota o Ako?”.

So, for those who have their Girlfriend/Boyfriend waiting for them to stop or finish playing the game. What would you choose? Hahahahaha XD, or is it that you would just teach your Girlfriend/Boyfriend on how to play the game so that she/he could understand why you put so much time playing the game? well let me know which would you prefer. Just comment below :). and feel free to tell your thought and experiences. 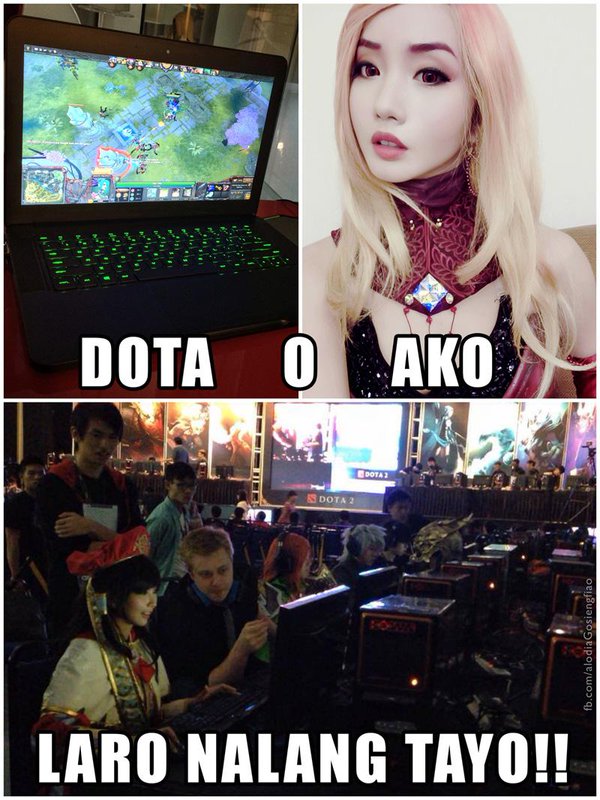 There is also a relationship like the pic below that i will show you.

For me, I’d choose the upper left because life is more meaningful when you know and you have already learnt how to prioritize your time with the ones that you love and also love you back without any hesitation, doubt and etc.

So There you go guys. Hope you enjoyed my post, Thank you for the love and support.Peace Out guys!!!

Recent Posts: Nothing But Myself

Hello guys, Welcome to the nothing blog but myself

A part of my consciousness

I have been thinking all my life that “What is the purpose of life while we humans are not caring for our Mother Earth and love ones all of a sudden.”

Well, for me we are lucky to have this life given to us by our God the Creator but still we haven’t really found our true meaning in this world.

Nothing But Myself
Blog at WordPress.com.